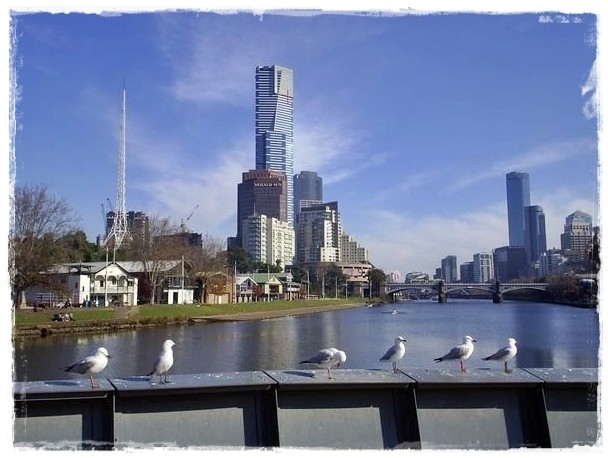 For a long time I’ve realised that one of the biggest mistakes of my life was emigrating to Australia in 2002. Even though I do love this country, it has never really felt like home, and the way the country has treated me – from abusive relationships, various assaults, impossible to break into friendship cliques, cheating girlfriends, false accusations and homelessness – I have long believed that my life would have been a lot better had I not come to this so-called “lucky country”.

I’ve mentioned in the past that I’ve long regretted turning down the tertiary education offer I received for a photography college in Canada. At the time I believed I was doing the right thing in turning it down to come to Australia, but the simple fact is, I should have gone to Canada. No question.

Until this moment occurred I’d always believed I was a good friend. I thought I was attentive to other people’s needs, I thought I was a reasonably decent person to be around and I thought I was always there for people when they needed me; regardless of what my abuser used to say to the contrary. However, I proved all of her words true when I failed to be there for my friend Grace when she needed me the most – leading to a lifetime of regret, remorse and guilt that I fear I’ll never be able to get over.

Given that the repercussions of my abusive relationship have plagued my life for over seven years, I’ve long wished I hadn’t fallen into her trap. In hindsight, I can see the grooming behaviour in the lead up to the relationship. In hindsight, I can see the vicious lies and grandiose manipulations that ensnared me. Over the last several years I’ve lost count of the number of times I’ve wished I could travel back and change my actions of that year, but alas, changing our decisions is not something we have the luxury of doing. We can only learn from them.

As with my decision not to study in Canada, my anxiety-laden decision to study Maths, Computing and Media Studies at A-level has been well documented throughout this blog. Everyone (including myself) knew almost instantaneously that I’d chosen the wrong subjects; that I should have studied English Lit and Theatre Studies, but once the decision was made there was no option to change subjects and one of my life’s biggest regrets was set in stone.

In 2010, whilst living on the streets of Melbourne, I had a backpack stolen. A backpack that contained, amongst other things, my passport, clothes and a USB stick containing a copy of my completed novel The Ghosts that Haunt Me. Back then I had little to no idea what eBooks were, let alone that you could self-publish, for if I did I would have put my work out there for all to download and enjoy. Now that I am more knowledgeable in this area, the fact I no longer have a completed copy of my novel frustrates me more than words can say. 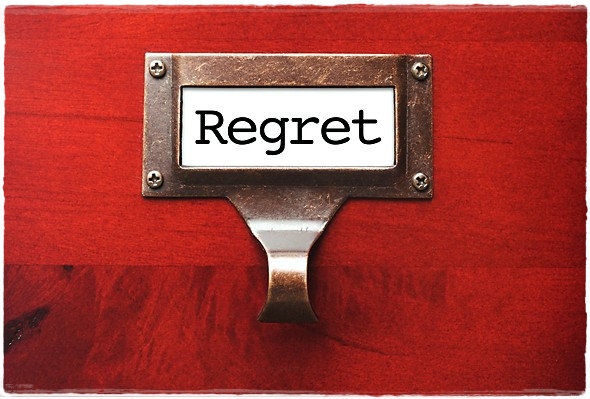 One of the (many) erroneous life lessons my abuser tried to ‘teach me’ was that we are never – under any circumstances – allowed to have regrets. To her, they were a sign of weakness, an indicator of our fallibility; but this is the very reason I like having regrets; for they are the things that allow us to look back on our life, learn where we went wrong and grow as a result.

In essence, they are what make us human.

Every year, around this time, my mind begins searching back through the previous twelve months for all the mistakes and regrets I’ve made. Not because I’m a masochist who wants to dwell on such failures, but because it allows me the opportunity to grow and become someone better in the year ahead.

So, at the half way point in the Twelve Days of Christmas Blog Challenge, here are my six biggest regrets of 2013:

6. Not pushing myself harder when it came to exercising…

In the middle of 2013 I joined a gym for the first time in over seven years, and for the first couple of months that I was a member, I was a regular sight on the treadmills, weight machines and exercise bikes. However, as time pushed on, and I became more and more aware of my grotesque physical appearance, I allowed the body dysmorphia to win and refused to attend the gym. But as the year draws to an end – and I realise the monumental mistake that I made – I am hopeful that the New Year will see me able to push these negative thoughts from my mind and return to the gym on a regular basis.

5. Not putting myself out there in emails, social networking sites and blog comments…

As I have written extensively of in the past – including in a post specifically about it – my social anxiety extends beyond the real world into the cyber realm. When it comes to making myself heard in emails, blog comments or social networking sites, the gremlins spark up and inform me, in no uncertain terms, that I’m an effing failure that no-one in their right mind would want to have any contact with. Unfortunately, given their persistence, they usually win and I remain silent. However, as we approach a New Year, I am determined to give these pesky critters the spanking they deserve; I will not remain silent for another twelve months. I won’t!

4. Not going to the beach during my holiday to Melbourne…

Living, as I do, in the middle of the Australian bush, getting to the ocean is a little difficult for me. So when I travelled to Melbourne in November I fully intended to take some time to head down to the beach and bask on the glorious soft sand with my feet in the cool, Southern ocean. Alas, both time and energy impeded the realization of this goal. So, if I find myself back in Melbourne this year, I will definitely be seeking to make amends for this regret.

3. Not seizing the opportunities I had to cross item (1) from my bucket list…

Looking back, and with all honesty, I had three very good chances throughout 2013 to eliminate this item from my list. And on all three occasions the only thing that prevented me from doing so was money. Not mental health, not anxiety, not lack of confidence…money. As we progress into the New Year, I am more determined than ever to not let anything get between me and the achievement of this goal!

2. Not talking to anyone at the World Hearing Voices Congress…

Okay, so I did talk to some people, namely the rest of the Gateway Community Health contingent. But I didn’t talk to anyone new, despite their being several people I would have loved to talk to in more detail about their voice hearing experiences. With the congress taking place in Greece next year, it’s highly unlikely I will have the opportunity to attend, so I’m at a loss as to how to make up for this mistake; but I’m hoping to find a way, even if it means sending random emails to some of the speakers!

1. Not asking the woman I fancied out on a date…

Every year there is always one woman who steals my heart, one woman who takes control of my mind, one woman whom I lust after with scant regard to personal humility…and 2013 was no exception. I won’t give any names, I won’t even give clues to their identity, but being in her presence filled me with the sort of happiness that wouldn’t look out-of-place in chick-lit. She was intelligent, funny, engaging and compassionate on a level that is rare in today’s fast paced society. She was also completely and utterly out of my league; the sort of woman who would only be interested in a guy like me if I were the last human being on Earth.So, as with every year, I didn’t act on my feelings…and I’m getting tired of it! Next year I hope to at least ask if they’d like to have coffee and/or dinner with me, even if it means a completely humiliating shoot-down!

Previous installments of the Twelve Days of Christmas Blog Challenge:

Other wonderful bloggers participating in the Twelve Days of Christmas Blog Challenge:

If I’ve missed you from the above list, please let me know in the comments field below and I’ll add you as soon as humanly possibly so everyone can read your magnificent responses! :)