In a week that saw the death of Neil Armstrong, the arrival of RU486 in Australia, the opening of the best Paralympics in history and the cancellation of The Shire, the final days of Winter 2012 have been a mite busy. But nestled amidst all this is an issue that keeps cropping up every few months, an issue that is close to my heart, and far and away my…

Issue of the Week

In my humble opinion, the most significant discussion that occurred in Australia this week involved unemployment benefits. In Australia, this is amusingly called the Newstart payment. A contradiction in terms considering once you end up on it your chances of ever receiving a new start in life is minimal. Trust me, I’ve been receiving this payment for the last three years, so I have some experience of trying to survive on it.

Yes, survive, it is impossible to live on it.

By the time I’d worked through the bureaucratic bullshit required to get onto this payment I was living on the streets, unable to afford accommodation. I still had to apply for jobs, attend Job Service Providers, regular contact meetings with Centrelink, prove my income and assets…all whilst living in a park with a blanket my only shelter from wind, hail and rain.

A few facts about ‘life’ on the Newstart payment:

– It has been two and a half years since I could afford a haircut.
– For the last six days I’ve been showering and washing my hair with dishwashing liquid as I cannot afford soap and shampoo.
– The sole of my shoe has been slowly deteriorating for several months; it’s been fixed on a fortnightly basis with superglue but will very soon be beyond repair. I cannot afford a new pair and it is rare to find shoes my size in an op shop.
– I am able to buy clothes once a year; I have one pair of jeans which I wear daily and a rotating set of three T-Shirts and two shirts. I cannot afford laundrettes so wash these clothes by hand.
– Medication – whether it be over-the-counter or prescribed – is a luxury item.
– As are mobile phone recharge, internet access, public transport and underwear.

Yet despite countless research, reports, heartfelt letters and well-intentioned awareness campaigns the vast majority of Australians simply don’t care. Apparently, whatever money I have left from the vast quantity of illegal narcotics I consume every week is spent on alcohol, cigarettes, gambling and fast food.

A few facts to clear up this nonsense:

– The last alcohol I consumed was in July. I drink every year on this day as I have to, otherwise the pain of the event I’m drinking to forget will facilitate a suicide attempt. The same goes for February 26, May 7 and October 11. All other days of the year – including my birthday, New Year and Christmas – I do not drink alcohol.
– I have not taken any form of illegal drug since backpacking (twelve years ago) and have no intention of ever doing so again. For the record, this amounted to a few spliffs and nothing more.
– I have not eaten fast food for over two years. This was a Breakfast meal from Hungry Jacks that cost me $4.95 after going without food for eight days. It is the only fast food I can remember consuming since my episodes in 2007.
– I do not gamble; not pokies, not TAB, not underground Iguana fighting.
– Yes, I occasionally smoke (perhaps 10-20 per week.) It’s an addiction used to alleviate self-harm, stress and  anxiety.

But even if this were to be believed (which, most of the time, it isn’t) the simple retort is that I am just too lazy and have no intention of working again nor undertaking anything to become a contributing member of society.

Sigh, get to know me instead of rushing to judgement and you’ll discover:

– My desire to work has never diminished. Even whilst on the street I applied for employment and on a few occasions was offered a job; all lost almost immediately because of homeless discrimination. I never received a cent for the days of work I did.
– I have been vocal for many years about my desire to return to education. It’s all I’ve wanted for the last ten years!
– Anyone who claims I don’t want to be a contributing member of society knows nothing about me, nor what drives me.

And that is the problem. The people who makes these stupid and generalizing comments know little about the problems that people on the Newstart face. The don’t know what it’s like to sleep in parks. To not be able to shower or buy hygiene products. They don’t understand the toll being isolated from social situations can have. All they care about is their holier than thou attitude and their repeated, uneducated, parroting of ‘get a job’ and ‘stop smoking/drinking/gambling etc.’

Unfortunately, in order to appease these opinions, it was announced this week that a much-needed increase to the Newstart allowance would not be happening. Apparently, even though they admit the current allowance isn’t much to live on, any increase would have a detrimental effect on someone looking for work. In other words, the much wanted $50 per week increase would convince everyone on the Newstart not to bother looking for work because they’re on easy street.

– Ensure I could afford hygiene products to keep myself well-groomed.
– Enable me to be able to get a haircut so I could look half-decent instead of people mistaking me for someone attending a cosplay event as Captain Caveman.
– Purchase new shoes so I am not walking around with my foot visible through my footwear.
– Purchase some new clothes so unsuspecting pedestrians don’t occasionally catch a glimpse of my buttocks through unfortunately placed holes.
– Ensure I am reasonably well fed each week.

All things, I would say, are rather important when it comes to increasing ones chances of finding employment. And you’ll notice that I haven’t even included the obvious, which is:

– I could afford medication that would enable me to stabilise my mental and physical health problems!

And none of this takes into account the stress (which leads to both physical and mental health problems) that bill payments, rent, housing affordability, irregularity of nutritional food and continued social isolation has on people.

All very real realities for people on the Newstart allowance.

My final word on the matter…

It’s time Australia started to realise that sticks will only work on masochists. The continuing punishment of people on the Newstart, many with disabilities but unable to access disability payments, has created an underclass  living in abject poverty within a country that proudly proclaims to be the luckiest and richest in the world. Although there is a minority of people who manipulate the system for their own ends, the vast majority are trying to do the right thing. The Newstart allowance needs to be raised by $50 per week with immediate effect! I guarantee you the moment it is you’ll not only see a change in people’s attitudes but a substantial increase in people successfully moving back into employment.

Further reading on this topic:

Five things I learned this week

Five things I plan to do next week 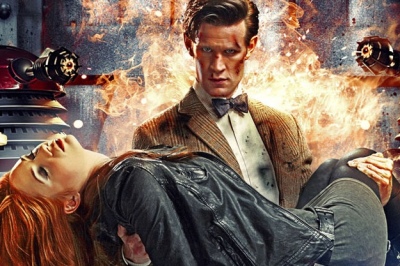 My three favourite photographs of the week:

Until next week, enjoy the weekend :)