Once more unto the breach, dear friends. It’s Sunday, so it’s time for another dose of Sunday Stealing. This week’s meme was (happily) stolen from My Random Randomness. So without further ado, let us commence…

After watching the movie Silver Linings Playbook, I dabbled with the idea of joining a local dance troupe…

Are you a good dancer?

I’m not a bad dancer, but I wouldn’t say I was a particularly good dancer either. I’ve mastered the ‘slowly shuffle from one foot to another move’, which isn’t all that impressive. But I’ve also mastered the waltz and tango, which is considerably more impressive. The only problem is, with my social isolation being the way it is, I have very few dance partner options, and unlike some activities, dancing is always more fun when enjoyed with someone else. After watching the movie Silver Linings Playbook, I dabbled with the idea of joining a local dance troupe in order to dance as therapy – but I couldn’t find a single dance group in my local area, which put pay to that particular idea. I guess what I need to do is meet a Jennifer Lawrence look-a-like, someone with a passion for dancing to rival my own, and then I could dance and bogle to my heart’s content! :)

Are you a good singer?

I am quite possibly the worst singer to have ever walked the face of the earth. I can’t hold a tune to save my life. To say my singing sounds like someone strangling a stray cat would be an understatement. In fact, if my singing were used to torture terrorism suspects, we could probably eradicate this scourge upon humanity, as they would cave within a few bars of listening to me “sing”.

Are you a good cook?

This all depends on what I’m cooking. Jacket potatoes with cheese and butter, I’m the master at. I can also whip up a mighty fine potato bake, superb mashed potato and exquisite potato rosti. In fact, give me a potato, and I could cook you a masterful meal. But give me any other ingredient and I’ll cook you something that is only half edible. As for meat, don’t even bother, I become so obsessed with under-cooking it that I will – without fail – burn it to a cinder. At least this way I know it’s cooked, even if it does taste of charcoal.

Are you a good artist?

Photographer, yes. Draw or paint something on a piece of paper, no. But that doesn’t stop me from doing it.

Are you a good listener?

I would cite listening as one of few skills. I am the master at listening. So much so that I will forget to speak when it comes to my part of the conversation.

What was the last film you saw?

Recently I’ve embarked on a quest to watch every horror movie that has ever been made, regardless of quality or dodgyness. The last film I watched on this quest was the Katrina Bowden starring Hold Your Breath; quite possibly one of the worst movies I have ever watched in my life, and after her delightful turn in Tucker and Dale vs Evil, I was disappointed to see Ms. Bowden turn in a performance lacking any credibility or realism.

What football team do you support?

Have you ever been bobbing for apples?

Yes. When I was a child. And no. I never found a razor blade in any of them.

What’s your most expensive piece of clothing?

Probably a $6 T-Shirt I recently brought from Kmart. Most of my clothing comes from charity shops because I think spending large amounts of money on a single item of clothing to be quite obscene. When I was in my abusive relationship, my abuser would attack me frequently for my love of op-shops, as she didn’t understand why I wouldn’t spend $190 on a pair of jeans when I could pick one up for $5 in an op-shop. Madness.

What’s the last thing you took a picture of? 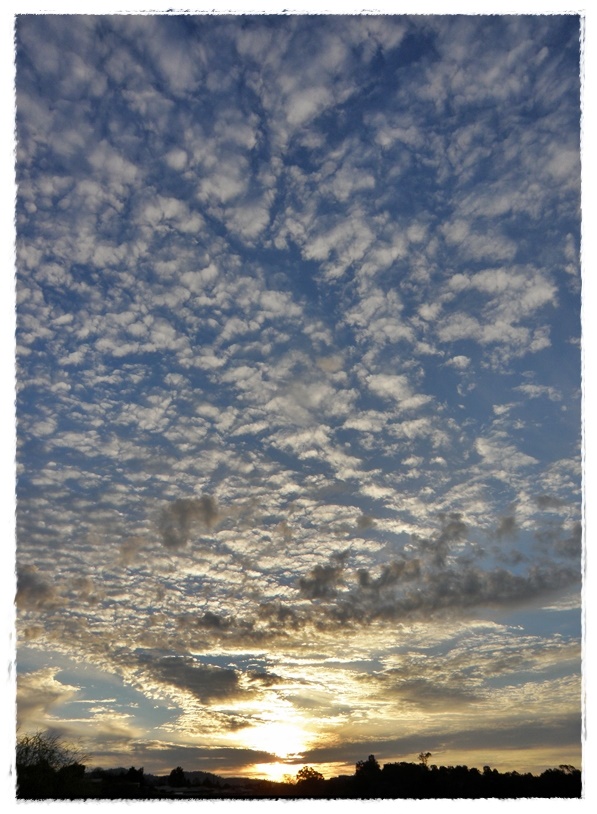 The last picture I took. Sunset over Sumsion Gardens, Wodonga.

What’s the last thing you drew a picture of? 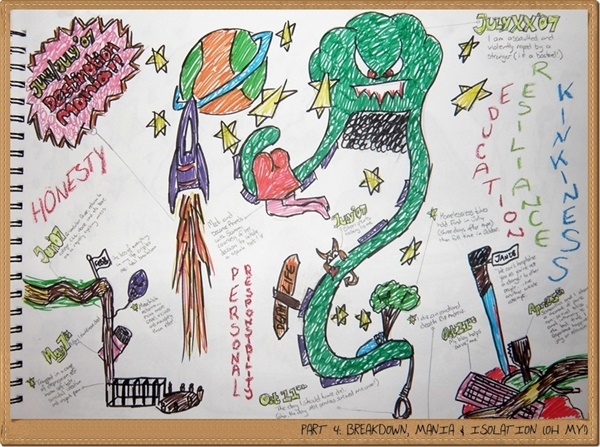 The last picture I drew. Part of a timeline-of-my-life project.

Have you ever bought anything from eBay?

I used to eBay frequently when I was younger, picking up everything from CDs to DVDs to comic books. But over the last few years my interest in the website has waned, as I would much rather just purchase something from a local shop, then have to go through the rigmarole of bidding, waiting, bidding again, waiting some more, then winning, then waiting some more, then waiting even longer whilst they send it to me. It’s much more convenient to just go to a shop and pay for it then and there. But I will admit to missing the happy feels of picking up a nice little bargain.

Have you ever invented a fairly unique meal or drink?

No. Can’t say I have. Unless you count scrambled eggs on waffles, which I had a craving for once upon a time.

Do you have any secret family recipes?

No. Can’t say I have. Unless you count apple crumble, which my father makes better than anyone else on earth.

8 thoughts on “Sunday Stealing: Get It All Down”