Only a few days ago I was asked about my pet peeves as part of my Sunday Stealing post. Thus, in the grand tradition of trying not to repeat myself, here are five additional pet peeves guaranteed to drive me insane!

However much I enjoy the fact Twitter connects me with the outside world, it appears 74% of users (made up statistic) do not know the difference between these two words. So, as an incentive to encourage proper use: if I see it used incorrectly I’ll smack your (as in belonging to you) bottom until you’re (as in a contraction of you are) sorry for what you’ve done!

Borrowing a DVD from the library does not give you the right to use the disc as a frisbee, coaster, nail fail or spoon. Other people will be borrowing this DVD after you and would rather not get 90 minutes into a 100 minute film and have their player throw a tantrum because you spilled your nail polish on the disc whilst using it as a mirror!

Repeat after me: the show is called Doctor Who; the character is called The Doctor. The next person who gets this wrong will be sternly scolded and made to write this 1000 times in the hope that it sinks in.

And whilst we’re on the subject, it’s not Dr Who; it’s Doctor Who. Otherwise the sister show would be called Rhwod!

Television show producers, you need to understand one thing. If you’re show is threatened with cancellation it is because your not doing you’re job properly (annoying, isn’t it?!). Tacking a cliffhanger ending onto the last episode of a show is not only a pathetic attempt to emotionally manipulate the studio but shows a total disregard for the viewers who have invested time, energy and passion into your show. It’s not difficult to tie up plot threads whilst leaving ambiguous questions to run with if you’re recommissioned.

And whilst we’re on it; if I ever see the words “XX Months/Weeks/Years Later” as a way to resolve a difficult cliffhanger again, I really don’t know what I’m gonna do. But it will be ugly, involve Brussel Sprouts and be something you remember for a very long time!

No! NO! A thousand times NO! 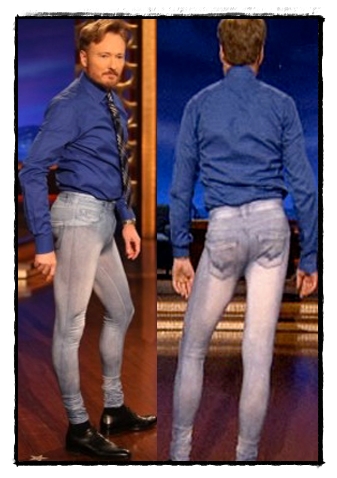 Over to you…do you have any pet peeves that drive you to randomly threaten people with Brussel Sprouts and/or just simply  annoy you?