Between the years 1992 and 2007 I was a prolific journalist. And by journalist I don’t mean I wrote for newspapers or reported on current events for dodgy current affairs shows, I mean I wrote millions of pages of journal entries chronicling every single moment of my life. 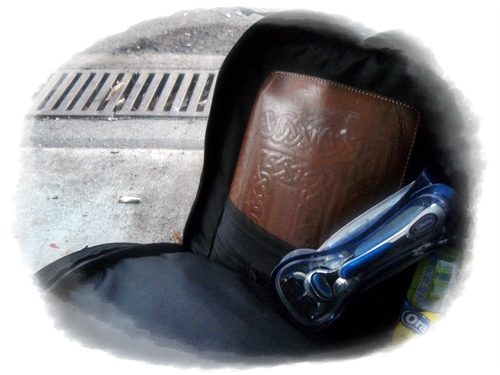 Each night after finishing my homework I’d dedicate a couple of hours to sharing my innermost thoughts and secrets to a collection of A4 ruled notepads or A5 notepads. Some of those entries were pointless, some profound. There were really bad poems and pretty decent drawings. Never did I sit down and consider what I was writing; I would just lie on the bed in my pyjamas and write whatever was in my mind. There were times I unleashed all the pain I was feeling about my sister, others when I scribed fan letters to Toni Pearen. Following particularly bad days of bullying at school I would write about how much I hated it there, others, following a particularly memorable moment, I would wax lyrical over the beautiful Kathryn before chastising myself in black biro for being so weak and shy.

For over fifteen years I kept those journals. They chronicled my life as I navigated through secondary school, the confusion over my intimate fantasies and the endless isolation of having no real friends during that dark period of my life. When I ran away, every second of that trip was transcribed; every moment of bliss, each moment of pain. Throughout Scotland and Canada I recorded the events of my trip in two simultaneous journals and after arriving in Australia, my journals helped me navigate the intense agony and bewilderment of immigration.

During those long teenage years my journal was my only outlet. I had no-one to talk to about what I was going through, no-one to provide me with advice on what I had to do. My journal was my friend, my mentor and one of the few reasons I’m still here.

In 2007, after fifteen years, I stopped writing journals.

Throughout my abusive relationship they had come under constant fire. They were selfish, self-absorbed, a waste of time, pointless. I should be talking to people instead of relying on my journal. The drawings were laughably pathetic. It was a concrete example of my worthlessness in the world and a prime example of how I was never going to change. In the weeks after the breakdown I tried to write; I drew, I wrote, I bled onto the page – but whenever I did my abuser’s words rung in my ears and blocked the emotions from coming.

All of that is in the past, lost somewhere in the psychological damage of abuse, leaving only random ghosts of a bygone era.

For todays voice of the past I am sharing some of the random ‘artwork’ that filled my journals through the years. I’m not the finest artist in the world, but however dodgy the drawings are, they are reminders of beautiful moments of my life. They are part of who I am.

And finally, I began drawing this map in my journal but became constricted by space. Instead, I purchased a couple of A3 pads and stuck the pages to my bedroom wall, spending days drawing, sketching, colouring and imagining the Faerie realm that lives inside me, a world that my fictional writing partially takes place in.

6 thoughts on “The art of journal writing”