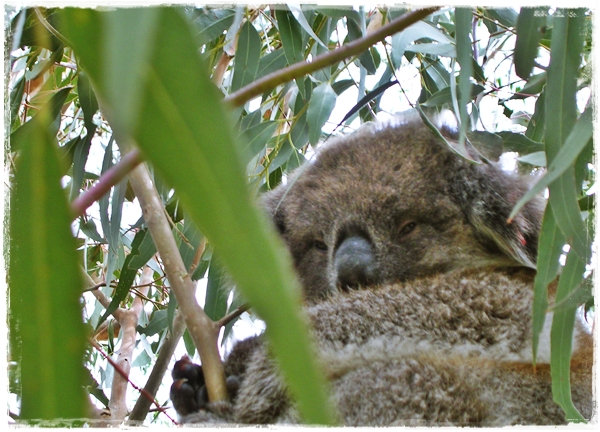 The Koala, often referred to by the taxonomically incorrect term Koala Bear, is a marsupial unique to Australia and named from the Dharuk word gula, which is erroneously said to mean “doesn’t drink”. Koalas are generally found in eastern and southern Australia but do not live in Tasmania, Western Australia or the Northern Territory; research is ongoing into whether this is a matter of taste or if the climate in these regions is simply not conducive to koala habitation, the latter being the academically preferred theory.

The koala is currently listed by the Australian and Government as  a ‘priority species for conservation status assessment’ and has been added to the threatened species list. Although no conclusive data exists studies have estimated a current population as being only 80,000 – 100,000;  a flow on effect from a cull of the koala population in the early 20th Century (where koalas were almost hunted to extinction).

Not just because they are a major drawcard for the Australian tourism industry (you can’t come to Australia without seeing a koala), we must do all we can to protect this beautiful species before it’s too late.

Related articles on the koala:

8 thoughts on “ABC Wednesday: K is for Koala”